Ibutamoren (also called MK-677, MK-0677) is a potent, non-peptidic, orally-active, long-acting, and selective agonist of the ghrelin receptor and a growth hormone secretagogue, mimicking the growth hormone-stimulating action of the endogenous hormone ghrelin. It has been demonstrated to increase the release of, and produces sustained increases in plasma levels of several hormones including GH and insulin-like growth factor 1, but without affecting cortisol levels.

Ibutamoren has shown to sustain activation of GH-IGF-1 Axis and increase in lean body mass but no change in total fat mass or visceral fat. It is currently under development as a potential treatment for reduced levels of these hormones, such as in children or elderly adults with growth hormone deficiency, and human studies have shown it to increase both muscle mass and bone mineral density, making it a promising therapy for the treatment of frailty in the elderly.

1. Ibutamoren is an orally active, bio-available compound that exerts effects that were originally though to be completely indistinguishable from GHRP-6. This is more commonly known as ghrelin… the hunger hormone. Ghrelin levels do indeed spike before meals, and the effects of ghrelin and Ibutamoren happen to make you feel a little hungry. This is a misnomer however, and their action targets multiple brain regions that are important for metabolic engagement. So, as a ghrelin agonist or GHRP-6, Ibutamoren activates receptors that prepare the body to nourish, grow, repair, and be active. As well as causing a massive increase in growth hormone levels.

2. As we know, Growth hormone is the real worlds fountain of youth. It makes you stronger, leaner, healthier, improves skin and hair, and possibly even smarter. Although, growth hormone has not been studied as a cognitive enhancer in healthy adults, it is naturally highest during life periods with the highest rate of cognitive development; even more importantly it has been found to improve cognition in those with Alzheimer’s disease. Growth hormone is undoubtedly a staple hormone in our physical development, providing the signal for our muscles to grow and proliferate; creating more muscle cells to mature and strengthen.

1. Athletes have started using this superior compound in improving their performance and endurance, a couple of things that help them stay on top of their game. Not only that professional athletess use it but also bodybuilders aiming to increase their weight lifting sessions as well as cardio exercisers to increase their running times.

2. Briefly, Ibutamoren is an orally administered growth hormone that signals a person’s pituitary glands to release more growth hormones. In this case, the compound is commonly compared with other compounds, such as Ipamorelin due to this action. However, Ibutamoren does not require any injections or exhibits any adverse side effects that users commonly endure due to using commercial steroids. This particular GH is designed and developed with the main objective of treating conditions, including muscle wasting linked with age, cancer and AIDS. It is also investigated for its potentials against osteoporosis and obesity. At this time, the research chemical is also being studied for its potentials against hip fracture among seniors.

(1) The benefits of Growth Hormone on metabolism and lean body mass are undeniable. I also go to great lengths pointing out that I don’t think GH is much of a muscle builder per se, and that its ultimate benefit comes down to controlling, or rather off-setting, the detrimental effects of insulin on body composition, when it comes to excessive fat gain. Insulin and IGF-1 are amazing at increasing protein synthesis, no doubt, but the real benefits after extended trials of anything that increases GH levels seem to come more in the way of increased leanness, and decreased fat storage.

(2) For many, the use of HGH is not only too costly, but is not a good route to go if overall health and longevity is of utmost importance. HGH, injected exogenously, can create a really awesome environment for body transformation, but with that comes the price of shutting down the HPA production of natural pulses, which interferes with an overall healthier body, for lack of a more scientific term. HGH is great at doing what it does, but leaving it “on” for 8 hours post injection, can lead to insulin resistance and water retention imbalances that ultimately take their toll on the body, especially if someone is using large doses. GH is not supposed to be a 24 hour ON button. It is supposed to peak and drop, along with other hormones, to create the perfect environment for long-term health and anti-aging benefits.

(3) Enter the injectable GH releasers such as Ipamorelin and GRF. These are very, very good at getting the job done when it comes to increasing the body’s own production of Growth Hormone. The biggest problem, though, is that to really take advantage of the benefits, and to fully utilize the peaks, a person would have to inject multiple times a day, and plan out their diet accordingly (too much food in the gut will dampen the release and peak of the GH).

(4) With an orally active version like Ibutamoren, a single dose can increase benefits throughout the entire day, without the need for carrying around needles, watching your diet before and after injections, and all that crap that goes with playing with GH releasers. 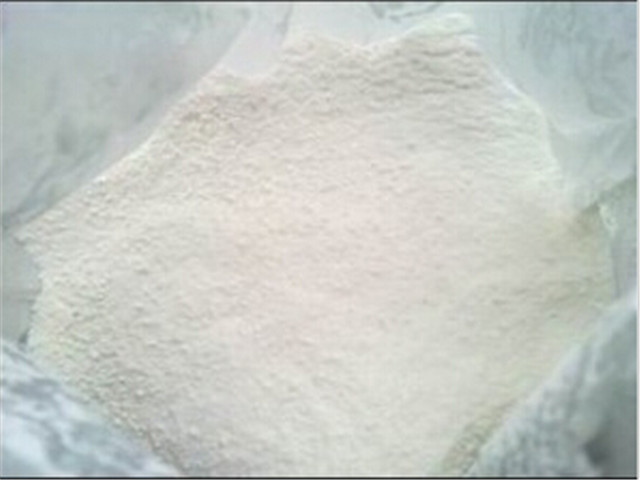 (2) We have Flexible and Untraceable payment terms.
(3) We offer high quality products at competitive price in quick delivery with 100% custom pass guaranteed. Never stop striving to offer our best after-sale service is our philosophy.