1. When a person sees the term CJC 1295 without DAC this is really means that they are looking at MOD GRF 1-29. This tetrasubstitued peptide is a modified version of the original GRF 1-29 peptide better known as Semorelin.

2. Due to the extreme short half life of the original GRF 1-29, chemists were able to modify the peptide to offer a longer biological activity that reduced the metabolic clearance. Although with MOD GRF 1-29 its modification had resulted in a greater peptide bond, the average user will still likely need to inject two to three times a day with a GHRP to get the maximum effectiveness for releasing endogenous growth hormone.

3. Now when the drug affinity complex (DAC) was added to CJC 1295, it allowed for an even greater possibility to utilize smaller GH pulses (what was once thought of as a bleed) that, when combined with a GHRP, will activate growth hormone stores to release throughout the day and night. When the DAC component was added, this allowed the peptide half-life to be extended to about one week and also provided for steadier blood levels after injection. Now that we understand how important the DAC factor is, this becomes a much more viable and cost effective way to utilize CJC 1295 with DAC along with a GHRP.

4. The DAC, when added, is able to bind to albumin that circulates the body, literally being able to last for days as it looks for receptors to bind to. So, in short, if you prefer to use shorter spikes of GH release then the use of the MOD GRF 1-29 (CJC 1295 without DAC) is going to be optimal. However, if your prefer fewer injections and still want to unleash your growth hormone stores, then 2-3 times a week injections of CJC 1295 with DAC along with your daily injection of GHRP would be the way to proceed for maximizing growth hormone release.

5. CJC 1295 can be compounded in two forms (DAC and non-DAC). Drug affinity complex (DAC) prevents enzymatic degradation thus increasing the half-life. Consequently CJC 1295-DAC can be dosed as a single weekly injection. Administration of CJC 1295-DAC provides a GHRH-like stimulation around the clock. A potential drawback when using a weekly protocol can be attributed to ineffective GHRH stimulation when the body is due for a GH spike (usually 1:00am). This is referred to as a GH-bleed and the overall result is inferior to using CJC 1295-NON-DAC daily for 5 days out of 7. Therefore using CJC 1295-NON-DAC daily (between 6-8pm) provides a more effective GH spike at 1:00am.

6. Various experiments have been conducted to test the effectiveness of CJC 1295-DAC in vivo and the Journal of Clinical Endocrinology & Metabolism has reported dose-dependent increases in mean plasma GH concentrations by 2-10 fold for more than 6 days and increased IGF-1 concentrations 1.5-3 fold for 9-11 days after a single injection. Mean half-life was shown to be 5.8-8.1 days, also after multiple doses mean IGF-1 levels remained above baseline for up to 28 days. No serious adverse reactions were reported in any group. 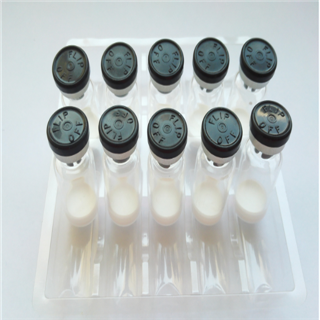 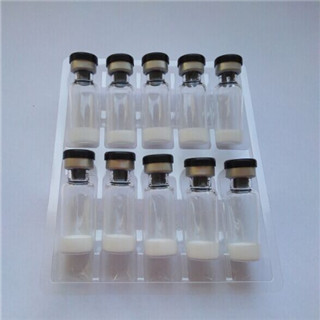 What could us offer

2. Quality: The purity is above 98%, all products are produced in strict quality control standard.

3. Package: All products are packed in safe and stable parcels with aluminium foil bag, bubble wrap and paper box.

Reship policy if the parcel withheld by your customs.